George Mulhern, CEO and chairman of the board at Cradlepoint, talks to Charlotte Hathway about why SD-WAN is coming to the fore in a broadband-first world.
Land Mobile
Follow

Cradlepoint is a pioneer when it comes to wireless, with its LTE wide-area network (WAN) products used by organisations looking for 24/7 connectivity. Its leadership in the space is so pronounced that when Cisco launched its first wireless WAN cellular gateway last year, a company spokesperson said it was filling a gap in its Meraki portfolio that partners had been plugging with Cradlepoint gateways.

Today, more than 18,000 enterprises and government organisations use Cradlepoint solutions. That includes half of the Fortune 100 and 3,000 police, fire and ambulance services. The company’s CEO, George Mulhern, explains: “Our philosophy is anything that can be wireless ultimately winds up wireless.”

That philosophy stretches into every aspect of Mulhern’s life. “I’ve just had the opportunity to eliminate the last set of wires from my life. I had a set of noise-cancelling earbuds that were wired to my phone, but now have these little white things that stick out of my ears called AirPods. That’s the last set of wires.

Existing LTE capabilities and the promise of 5G, Mulhern explains, are fundamentally changing how networks are built. He says: “Our long-term view of what’s going to happen to the wide area network is that it’s going to be a converged edge, where it’s no longer just about connecting your branch offices, it’s about connecting all your vehicles and connecting things. It’s going to be this hyper-connected world. That’s what we’re building our solution platform for.”

He adds that, because of the need to manage 100 times the number of endpoints, the platform will have to be cloud-delivered and include automation. That influx of connections, Mulhern explains, will also create demand for networks built on a softwaredefined architecture.

Cradlepoint’s answer to that need is NetCloud, which includes softwaredefined wide-area network (SD-WAN) capability. Mulhern says: “NetCloud includes a cloud-delivered management solution that orchestrates the network – configuration, firmware updates, security updates, things like that. It also provides analytics of what’s happening on your network, such as the throughput performance, and then within that we have a set of security services that spans firewalls, ISP IDs, content filtering, and a set of routing services.”

The basis for LTE connectivity, Mulhern explains, is chips by companies such as Qualcomm. When those chips are used in mobile phones or laptops, those devices can go into low-power mode when they aren’t being used, and it is also acceptable to do frequent hard resets. Those aren’t options for a mission- or business-critical WAN. As such, Cradlepoint uses Qualcomm chips, but strips out the software and replaces it with its own proprietary software.

Mulhern says its software is designed to ensure organisations can understand exactly what is happening with their modems – whether that is a signal starting to degrade or if the signal could be improved by switching tower. Mulhern says: “This is all orientated around having the connection up all the time – that’s very important for firstresponders. That’s the special sauce we have in our software-defined modems.”

He adds: “Frankly, I think we’re the only company in the world that can meet a 24/7, always-up enterprise use-case.”

This shift to software-defined networking also means that customers benefit from new capabilities and new functionality every three weeks. Mulhern highlights that “with the old model, you bought your products, you put your network together, and then that’s what you had. This way, it’s continually evolving.”

Cradlepoint solutions have been adopted by numerous public safety organisations in both the US and the UK, but emerging critical broadband projects present new opportunities. There is potential to deliver an improved voice and data service for the emergency services, but this needs to be done in a way that ensures data costs do not become excessive.

Mulhern explains: “A challenge for a lot of first-responders is that their vehicles are now filled with sensors. There are bodycams, dashcams, a lot of things that need to connect to Wi-Fi.”

Managing that connectivity efficiently is no easy task. Cradlepoint’s solution is to use Wi-Fi as WAN. Mulhern says: “If a police car is taking video footage, like a dashcam or something, they don’t always need to send that immediately. Instead, the data transfer can wait until you pull into the station, and our router turns into a client on that Wi-Fi station so you can upload all that video very quickly and not use your LTE plan to do that.”

Towards the end of last year, Cradlepoint announced that it was certified and fully authorised to deploy its NetCloud Service with the COR IBR1700-1200M mobile router across the forthcoming Emergency Services Network (ESN). The ESN, which will deliver a mission-critical mobile broadband service over EE’s network and Home Office-owned sites in remote locations, is intended to replace the UK’s Airwave TETRA network. Being able to turn blue-light vehicles into mobile offices with Wi-Fi hotspots will be vital in connecting in-vehicle equipment to back-office systems.

The company is also bringing Wi-Fi 6 into its product capability, but Wi-Fi is not the focus. Mulhern says: “The interesting opportunity for us is really less about Wi-Fi and more about private LTE. What enterprises and public sector customers are finding is that, if you have a high density of IoT devices in a large area, Wi-Fi gets very problematic. People are instead starting to look at building their own private LTE – and in the future private 5G – networks to better manage all those connections.”

He explains that the market for private cellular networks is still in its infancy, but Cradlepoint is already working with customers to build such networks in ports and sports stadiums. A key use-case is a dual-SIM solution, and Mulhern gives the example of a hospital that is currently testing private LTE. As an ambulance pulls into the hospital, it switches from the public network to the hospital’s private network. Data can then be transferred securely onto the private network, but when the ambulance leaves the hospital campus it switches back to the public network.

Mulhern adds: “These are all in the proof-of-concept stage, so there’s still a lot to prove out there. But it is an interesting opportunity over the next couple of years.”

Cradlepoint is also playing a role in other healthcare applications. “There is this whole telemedicine movement and we have routing solutions in patient homes where the hospital can monitor the patient from home. We also just did something with a drone company in Canada, and there are some very remote areas in Canada, where drones are being used to deliver a defibrillator seven to 10 minutes faster than a car could get there. You can really save a life with this stuff.”

The connectivity provided by WAN solutions is also being used by communities looking to build new ways of life. Mulhern says: “There’s a small village in Sierra Leone that had no electricity, no running water, but they actually had five bars of LTE. We worked with another company and sent over some laptops and some of our LTE routers, and the village used gas generators to power them up. Then, for the first time ever, they were on the internet. Now they are creating businesses using the internet, building their own commerce opportunities.”

This conversation with Cradlepoint’s Mulhern makes it clear that network architecture will only become more complex as new technologies continue to flood into all types of organisations, from public safety through to retail and logistics. Agility, flexibility, security and scalability will no longer be optional, and organisations will need to understand what is happening right across their networks. Given its expertise in providing LTE WAN solutions, there are plenty of reasons why Cradlepoint could find itself providing the foundations for an always-on world. 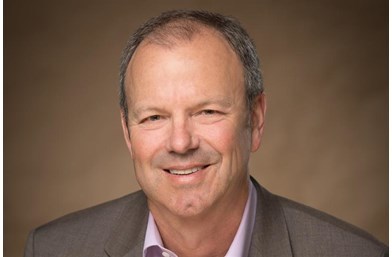 George Mulhern, CEO and chairman of the board at Cradlepoint, talks to Charlotte Hathway about why SD-WAN is coming to the fore in a broadband-first world.