Nokia’s Board of Directors has welcomed Pekka Lundmark back to the company as its new president and chief executive officer. Rajeev Suri, the company’s current president and CEO, had previously indicated he was considering stepping down from his role provided a solid succession plan was in place.
Land Mobile
Follow

Between 1990 and 2000, Lundmark held multiple executive positions at Nokia, including vice president of strategy and business development at Nokia Networks. He is expected to start his new role at the beginning of September and will be based in Espoo, Finland.

Lundmark is currently President and CEO of Fortum, an energy company based in Espoo, Finland, where he renewed the company’s strategy and positioned it to be a strong player in the global energy sector. Prior to that, Lundmark served as president and CEO of Konecranes, a global material-handling technology company.

Lundmark said, “I am honored to have the opportunity to lead Nokia, an extraordinary company that has so much potential and so many talented people. Together we can create shareholder value by delivering on Nokia’s mission to create the technology to connect the world. I am confident that the company is well-positioned for the 5G era and it is my goal to ensure that we meet our commitments to our customers, employees, shareholders and other stakeholders. Strong values, leading innovation and unflinching commitment to our customers have always been core to Nokia and I want to put this even more at our center as we move forward.”

Lundmark’s appointment marks the culmination of a structured process for CEO succession where Nokia’s Board, alongside outgoing CEO Suri, developed internal candidates and identified external candidates. Suri will leave his current position on at the end of August, but will continue to serve as an advisor to the Nokia Board until January next year. During his tenure, Suri led a significant consolidation of the telecommunications infrastructure sector. That included a turnaround of Nokia Siemens Networks, growth in the company’s patent licensing business, the integration of Alcatel-Lucent, and diversification into software and enterprise markets.

“After 25 years at Nokia, I have wanted to do something different,” said Suri. “Nokia will always be part of me, and I want to thank everyone that I have worked with over the years for helping make Nokia a better place and me a better leader. I leave the company with a belief that a return to better performance is on the horizon and with pride for what we have accomplished over time. Pekka is an excellent choice for Nokia. I look forward to working with him on a smooth transition and wish him the best success in his new role.”

Under Suri’s leadership, Nokia became one of the top two players in telecommunications infrastructure, rising from a number four position, with the scope and scale for long-term success. 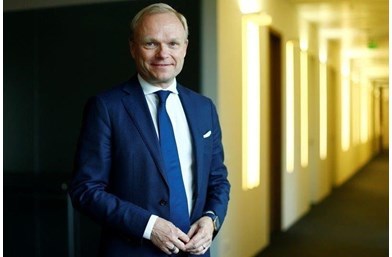 Nokia’s Board of Directors has welcomed Pekka Lundmark back to the company as its new president and chief executive officer. Rajeev Suri, the company’s current president and CEO, had previously indicated he was considering stepping down from his role provided a solid succession plan was in place.