The Internet of Things (IoT) is a broad term, but at its heart it concerns the use of a large number of sensors and smart ‘things’ connected via a low-power wide-area (LPWA) communications technology to the internet, with the resulting data stored on the cloud. This is then processed using big data analytics to generate useful insights.

IoT is of great interest to the utilities sector, given these characteristics allow companies to monitor equipment in circumstances that wouldn’t justify the cost of building traditional outstations (and associated transmission) and therefore enable a range of applications, such as:

Nick Smye says an interesting example of the above is a trial that Scottish and Southern Energy Networks (SSEN) has performed on the Isle of Skye, which “has very rugged terrain, which is subject to the full force of the Atlantic. The Island has one main transmission line, which runs across it. If that fails, a lot of people lose their supply and it could take a long time to find the break and repair it. As it is a remote location, there is little cellular coverage, so SSEN was looking for some way of measuring condition of the line.”

SSEN therefore worked to develop a remote monitoring system with EkkoSense and this was installed on the 809 poles that carry the line and cover an area of more than 1,000 sq km on the Isle.

“The line is made up of wooden poles that can rot,” adds Smye. “Traditionally you’d do a line inspection every few years, physically check every pole and assess its physical strength. SSEN carried out a LoRa trial with an accelerometer sensor on each pole. This allowed them to measure the deflection of the pole, so when a storm comes in, if there’s some structural weakness, you may see one pole bending a lot more than the others. The sensors are so sensitive that they can detect a sheep rubbing against the pole. That’s a really interesting approach. I heard about it six to nine months ago and SSEN was getting a huge amount of data from it.”

He adds that one thing that needs to be considered is that while in this trial, interference is unlikely to be an issue, given its remote location, the same might not be true of an urban environment. As Sigfox, LoRa and Wi-Sun use licence-exempt spectrum, they offer no protection against interference, in contrast to 3GPP LPWA technologies such as NB-IoT and LTE-M.

Smye also notes that Vodafone is working with Scottish Power to use NB-IoT to monitor link boxes. “Their trial is using a temperature sensor in each link box to give Scottish Power time to investigate and fix any problem before the equipment gets damage.” As reported by Light Reading, Scott Petty, Vodafone’s CTO, put the cost of each sensor at less than €2 and these run on an AA battery for at least five years.

In addition to the applications above, it is also worth noting the pressure on utilities to use digital technologies, especially to help ensure resilience of supply in the context of increasing use of intermittent renewable energy sources. Smye adds that BEIS (the UK Department for Business, Energy and Industrial Strategy) is pursuing an open data concept for the country’s utilities – “they were talking massive numbers and that’s driving the need for cost-effective measurement of more and more points that wouldn’t previously be economic”. Smye says Ofgem (the UK Office of Gas and Electricity Markets) said the investigations into the power outages that occurred on 9 August have highlighted the need for more monitoring and logging in different parts of the network, given that power generation is becoming more dynamic with greater numbers ofembedded generation and wind farms on the system.

The white paper evaluates the suitability of five LPWA technologies – three 3GPP (EC-GSM, NB-IoT and LTE-M – which would typically be provided by a mobile network operator, using their spectrum) and two non-3GPP (Sigfox and LoRa) for non-mission-critical SCADA (supervisory control and data acquisition). Smye adds that Wi-SUN (an LPWA technology with links to the utility sector) was initially investigated but removed from the white paper’s scope due to the lack of the SCADA Group’s direct experience with it and the lack of independent information with which to verify that on the Wi-SUN Alliance website.

The white paper concludes that all five of the LPWA technologies that it analysed are potentially suitable for generic non-mission-critical applications, the only caveat being that in the case of Sigfox, “the suitability of the security mechanisms will be very much application-dependent”. Smye adds that “Sigfox is a closed cloud-based system, you have to put in a system from Sigfox or one of its associate operators. The beauty of LoRa is that you can build your own network or use someone else’s service.”

The white paper adds: “In terms of longevity there is a question as to whether all of the current IoT bearers/operators will survive in the longer term given the likely fierce competition from incumbent mobile network operators and the price criticality of the IoT service for applications with very large numbers of connected ‘things’.”

Finally, we turn to 5G – which will support one million devices per square kilometre. Smye says that in the context of non-mission-critical SCADA, the capacity offered by 4G is acceptable, and that “5G is never going to provide ubiquitous coverage, save possibly in the form of satellite connectivity that will come in the future. 5G may be useful in urban areas and it will support the natural growth of the market, rather than cause an explosion in the volumes of IoT devices.”

Given the IoT concept revolves around small amounts of data being delivered on a best-effort basis, he doesn’t expect 5G’s massive IoT capabilities to result in a huge growth in data consumption per IoT in the short term, “unless it becomes cheap and practical to increase the polling rate on IoT devices from, say, once an hour to once a minute”.

“One of the interesting things about 5G when we’re talking about lots of devices is how will SIMs and over-the-air SIM management be handled? This will be addressed in 3GPP Release 16 and, while it’s a challenge, I’m not sensing it holding anyone back at the moment,” he adds.

We have seen that IoT can help address utilities’ practical challenges as the world slowly transitions to a less carbon-intensive energy mix. With plenty of technology options and business models to choose from, it will be interesting to see which make the most headway in the years to come. 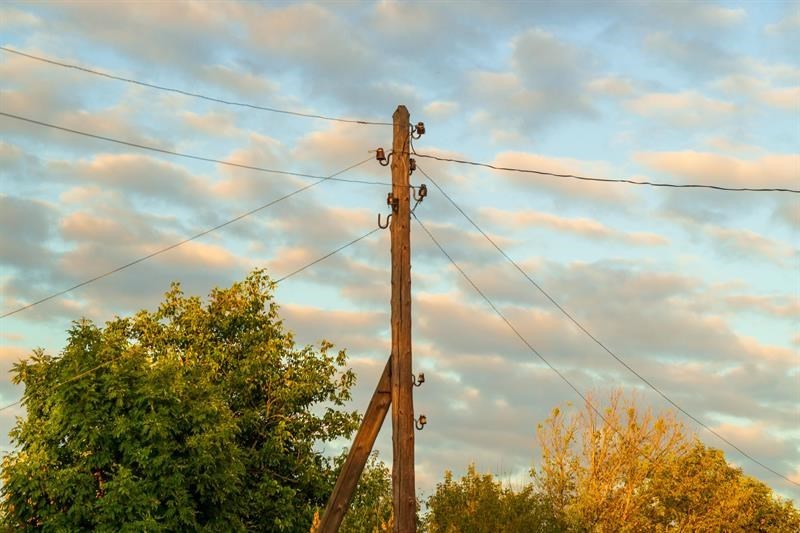 TCCA’s SCADA, Smartgrid and Telemetry Group recently produced a white paper on the topic of ‘Emerging IoT Bearers for non-Mission Critical SCADA’. We summarise its main points with additional commentary from Nick Smye, the Group’s chair and principal consultant with Mason Advisory​