Cambium Networks has highlighted the part played by its cnPilot e500 outdoor WiFi access points in the recent rescue of 12 young boys and their soccer coach from a remote cave in Thailand.
Critical Communications Today
Follow

According to the company, it helped to set up a hotspot in collaboration with KING IT and regional telco 3BB, at the on-site rescue command post. The location was more than 100 kilometres away from the Thai capital of Bangkok.

The Wi-Fi network was managed remotely using Cambium's cnMaestro network system, with two access points placed at the entrance to the cave itself as well as in the nearby information tent. Network users included Thai Navy Seals, search and rescue teams, as well as a variety of government agencies.

Speaking of the incident, Rohit Mehra, vice president network infrastructure of market analyst IDC, said: "Connectivity is vitally important to first responders, aid agencies, medical services and families as and when unforeseen events happen. Wireless connectivity is a proven solution for disaster recovery when it is rapidly deployed and reliable, and is immediately interoperable with a diverse set of user devices.

"The incredible efforts of first responders and emergency workers in Thailand were supported by having access to reliable connectivity and internet access. This enabled them to communicate with each other and to get critical information about the boys who were being rescued.”

The boys were discovered at the beginning of July, having already been trapped for nine days. They were rescued by divers wearing specialist breathing equipment six days later. 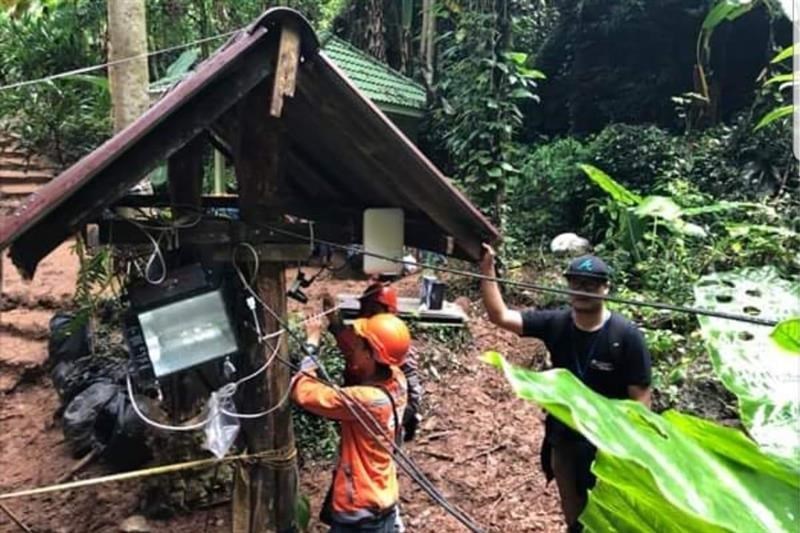 Cambium Networks has highlighted the part played by its cnPilot e500 outdoor WiFi access points in the recent rescue of 12 young boys and their soccer coach from a remote cave in Thailand.