BT has announced it has begun trials of new quantum receiver technology that uses ‘excited atoms’ to boost the capabilities of 5G and Internet of Things (IoT) networks.

The receiver technology boasts significantly greater sensitivity than traditional radio equipment and has the potential to reduce mobile network energy consumption, enable IoT cost efficiencies and can help to close the rural connectivity divide according to BT.

The receiver works by using a quantum effect called “electromagnetically induced transparency” to form a highly sensitive electric field detector. BT claims the trial represents the first time a digitally-encoded message has been received on a 3.6GHz (5G) carrier frequency.

Simple audio has previously been received using much higher frequencies but this trial is the first industrial demonstration using digital modulation within one of BT-owned EE’s main commercial 5G frequency ranges.

Howard Watson, chief technology officer of BT, said: “BT’s investment in cutting edge R&D plays a central role in ensuring the UK remains a network technology leader. Our programme has huge potential to boost the performance of our next generation EE network and deliver an even better service to our customers. Although it’s early days for the technology, we’re proud to be playing an instrumental role in developing cutting edge science”.

According to the company, researchers at BT Labs in Martlesham are now working to miniaturise the equipment and find the optimum RF modulation and signal processing for potential use in future generations of radio networks.

While the technology is still in the very early stages, it has the potential to provide greater sensitivity than conventional radio antennas, tuneable operation from very low frequencies, detection of analogue and digital modulation, and low energy consumption through reduced need for electronics. The new technology could in future form the basis of ultra-sensitive 5G receivers for use in very low power passive mobile networks. 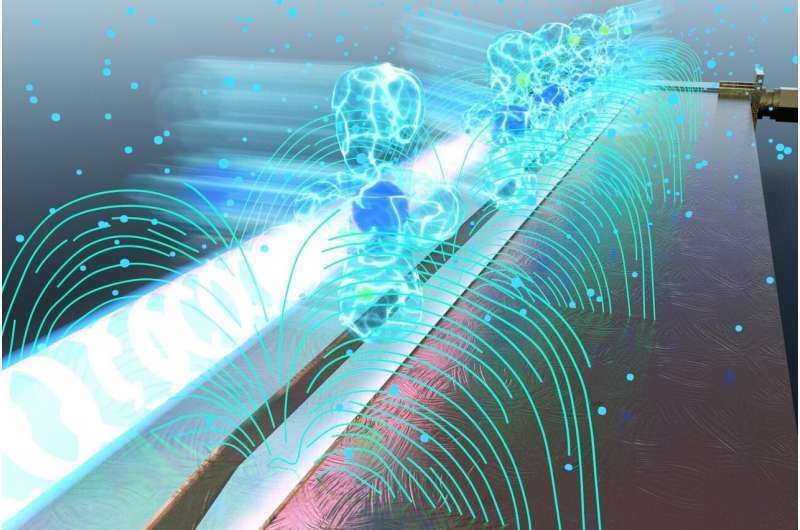