The final stage of the Emergency Services Network air to ground technical demonstrator programme (TDP) has been completed, including a successful in-flight demonstration of the Kodiak MCPTT app.
Critical Communications Today
Follow
Like Be the first to like this
0

According to Cobham - which conducted the TDP in collaboration with QinetiQ - “encouraging results” were obtained for both uplink and downlink. They also demonstrated “sustained voice communications during cell handovers, and switching between the ESN terrestrial network and the dedicated ACS Band 40.”

During the trials, the Kodiak solution was run on test hardware installed on a QinetiQ A109 flight trials helicopter. The technology was used to communicate with a terminal on the ground via a dedicated terrestrial cellular test system representing the final ESN ACS ground network.

Geoff Clarkson, chief engineer for the QinetiQ A2G programme said: “This is another significant step forward in delivering the technical performance required from the new aircraft communications system.” 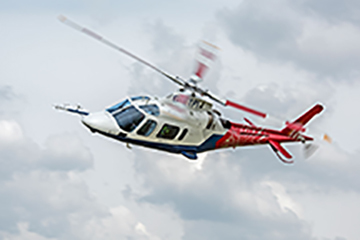 The final stage of the Emergency Services Network air to ground technical demonstrator programme (TDP) has been completed, including a successful in-flight demonstration of the Kodiak MCPTT app.