I first developed an interest in public safety communications in late 2016, having found myself suddenly thrust into the role of deputy editor for Land Mobile.

I had been around for about a month when I was called upon to cover my first BAPCO Newcastle event, a core theme of which was – about a year after the main contracts had been signed – the Emergency Services Network.

As those who were also in attendance may recall, there was a certain feeling of concern in regard to ESN at the time, not least relating to anticipated network coverage. Indeed, I remember a conversation with another attendee – a police officer – during which anxiety was expressed due to perceived potential questions around the technology.

Thankfully, those concerns have now been assuaged, thanks in large part to the scale of the work carried out by EE, as well as coverage testing initiatives such as ESN Assure. Further encouragement, meanwhile, has also been provided via recent pilot projects, such as those involving Durham & Darlington FRS and the Immigration Service.

As well as an increased level of reassurance, however, the past few years have also witnessed an increased and broader sense of awareness on the part of those running things from the centre.

Others will be in a better position to comment, but it would appear that the Home Office now fully understands the value of close collaboration and communication with users themselves. The recent embrace of standardised technology, meanwhile, indicates both the ability and willingness to pivot if the situation calls for it.

That being the case – and at the beginning of another crucial year for the project – the focus of this article is going to be some of the other lessons that may or may not have been learned across the course of ESN so far. But rather than concentrating purely on the years 2011 to 2021, we’re going to go back a bit further to the initial roll-out of Airwave.

How does the ongoing roll-out of mission-critical broadband in the UK compare to the move from analogue all those years ago? More to the point, are there urgent questions highlighted by services’ experience back then that still need to be answered about the current network?

Journey through the past

Discussing his background, as well as the role he played back in 2000, he says: “As head of that team, my role was to implement all the security features of TETRA into Airwave. We all started in the Home Office and then got shuffled over to PITO, forming into teams going over the contract line by line.

“At the time, the whole process – as well as delivery timescales for security functionality, and potential post-contract issues – were uncertain. It was an enormous undertaking.”

At the risk of repeating some things that readers may already know, it is probably worth stating some of the reasons why Airwave was adopted in the first place.

Speaking of this, Murgatroyd says: “Airwave was deployed fundamentally to increase resilience, performance and functionality when it came to emergency services’ critical communications. It’s a great technology, and in that sense, really not dissimilar to ESN at all.

“Prior to Airwave, that resilience existed, but only in a very primitive fashion, plus there were virtually no features available on services’ legacy equipment other than speech. Organisations at the time were using wide-area VHF systems as well as local UHF, with no real interconnectivity between the two. It was also very difficult for users to communicate when out of area – only specialist users with multi-channel radios could do it.”

He continues: “The other concern with the previous systems was a lack of security. Monitoring by criminals – and the press – was rife. The equipment was also subject to all kinds of radio interference, for instance in the South East from the French. It sounds amusing, but at the time it was very difficult to achieve the co-ordination of frequencies and get French users to stick to them.”

According to Murgatroyd, initial UK TETRA trials took place on the island of Jersey in 1998, following a 12-month consultation during which user requirements were determined. This was followed by technical trials in Hemel Hempstead and the Isle of Skye, with the testing phase finally culminating in a two-year county-wide pilot in Lancashire. “That was designed to iron out any bugs and confirm fitness for the job,” he says, “which it mostly did.”

The geographical roll-out was finally completed in 2005, with certain other features following on shortly afterwards. The technology has been delivering a high level of service ever since. This is not to say that there haven’t been issues, however, or that there weren’t initial concerns, something which again links back in with the current deployment of ESN.

As indicated, Airwave currently enjoys a huge level of trust among UK emergency services personnel. This has been illustrated throughout the development of ESN, in particular by the initial nervousnessat the prospect of Airwave no longer being available.

According to Murgatroyd, though, the earlier roll-out was not without its initial concerns, or indeed the occasional, often serious, operational issue. He says: “Given how comprehensive the incumbent system was at the time, it was probably no surprise that one of the initial worries was that Airwave wouldn’t match up in terms of coverage, and in particular, resilience.

“These concerns were highlighted early on in the project, when a fire broke out in a tunnel in Greater Manchester, thereby knocking out numerous base stations for an extended period. Resilience was called into question again when flooding took out the mains power to several sites, which were subsequently revealed to only have 15 minutes’ worth of back-up.”

As may be expected given his background, one other worry also identified by Murgatroyd was the lack of security features available towards the beginning of the Airwave project. These had to be developed quickly, due to the simple fact that – according to him – no-one had actually implemented the security part of the TETRA standard at that point.

With that in mind, to what degree does he see parallels between Airwave and ESN, particularly in regard to any teething troubles and/or lessons learned? To what extent has the programme demonstrated the ability to both anticipate operational problems and deal with them effectively?

“Regarding the security piece, I have absolutely no concerns with the Emergency Services Network whatsoever,” says Murgatroyd. “I can’t discuss the measures in detail, but suffice to say a multi-layered approach has been adopted.

“It will go beyond simple encryption, and I’m entirely satisfied that it will be well up to standard. In terms of resilience and coverage, again there’s every indication that the system will work as it should, particularly in regard to the latter.

“A huge amount of resources have been invested in the network, and there are also direct parallels between ESN Assure and similar initiatives 20 years ago, with tools at that time provided by Sepura and Motorola Solutions.”

He continues: “If I have a concern, it’s what happens if the network comes under duress. We know that they’ve increased the number of base stations, but aside from the rapid response vehicles, it’s incredibly important to enhance resilience as well.

“During the early roll-out of Airwave, this was very much something which we had to learn from experience, as illustrated by the two incidents which I mentioned earlier. Thinking of the tunnel fire in particular, that revealed the need to provide diverse routing from the base station sites to the switches, in order to take out any single point of failure. After the flooding, meanwhile, we hardened the network by installing generators at key sites.

“I’m pretty confident – as we all are – in the ESN priority and pre-emption piece. That will work a treat. But it won’t help if the power has gone off to 50 base station sites simultaneously.”

As indicated earlier, the scepticism initially associated with the Emergency Services Network project is dissipating. This has followed on from a number of positive developments, many of which have resulted from those in charge being ready to learn from both the near and distant past.

There is one more potential area of learning that needs to be touched on, though: the exploitation of the network itself. For Murgatroyd, this is absolutely key, particularly given his view of ESN as fundamentally an “enabling” technology.

“When Airwave was rolled out, the emergency services did things in a certain way,” he says. “With the new technology, however, they had the opportunity to completely change the way business was conducted, even at a strategic level. This was apparent in Scotland where Airwave’s ability to communicate between county areas contributed to the amalgamation of emergency services organisations.

“That being the case, imagine what they’ll be able to achieve once ESN is up and running. Of course, every change has to be incremental, but there are things we probably can’t even envisage yet. I really hope this opportunity isn’t wasted, and the network is exploited to its full capacity.” 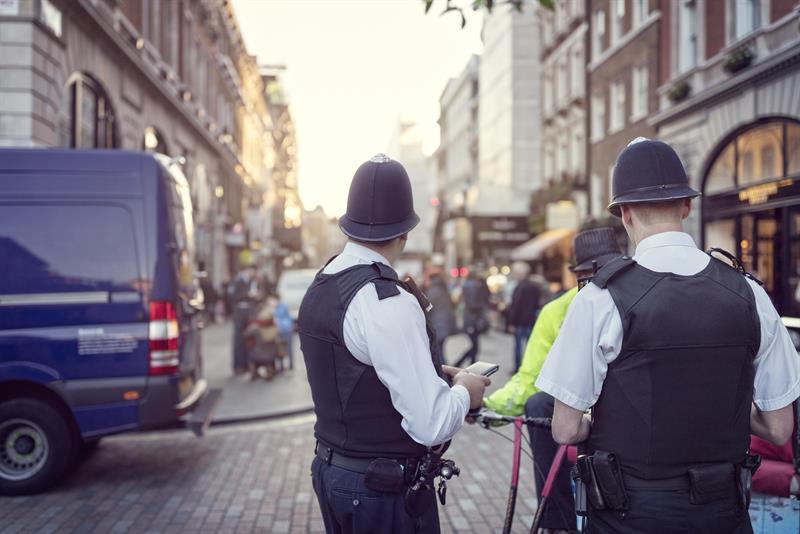 Philip Mason talks to the former head of PITO’s communications security team, Brian Murgatroyd, about the parallels between the roll-out of Airwave and ESN