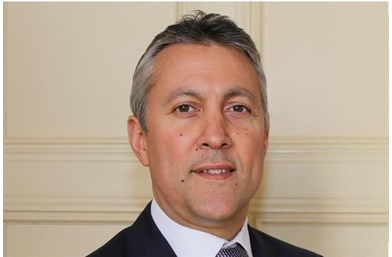 The Big Interview section across the past couple of issues of Land Mobile has concentrated primarily on personalities involved in the deployment of 5G within the business communications space.

The idea with these articles has been to highlight different aspects of the 5G development process, from operator/ user strategy all the way through to the deployment piece itself.

So far, we have spoken to BT’s David Wrout about the company’s roll-out of the burgeoning technology at the campus of Warwick University, as well as the chair of 5G Scotland, Julie Snell.

With that in mind, in this issue we are including our third 5G-themed feature, this time looking at development of the technology from the point of view of the vendor, while at the same time taking in ongoing issues around standardisation.

Our expert for this topic is director of strategy and market development for Ericsson, Jason Johur (pictured). Johur describes his role at Ericsson as being responsible for global development of the broadband market, specifically in relation to mission-critical verticals.

In his words, this involves working with a wide range of industry partners, as well as a variety of deployment models, from nationwide and regional through to deployable networks.

Alongside his work with Ericsson, meanwhile, he also chairs TCCA’s Broadband Industry Group, representing the vendor perspective in regard to the ongoing development of mission-critical LTE and 5G. He has recently acted as the lead author on a white paper issued by the organisation, titled ‘What role will 5G play for critical communications users?’.

As readers will likely know, the adoption of broadband technology by the so-called ‘mission critical’ verticals such as public safety and utilities has been somewhat of a gradual process up until this point.

There are several reasons for this, not least the, perfectly understandable, tendency on the part of those sectors to adopt an attitude of risk aversion when it comes to the use of new technology.

These are, after all, areas of work where if something goes wrong, there is a very real possibility that lives could be at risk or business could be irreparably damaged. Another reason, meanwhile, is the rate of development when it comes to the technology itself, with certain mission-critical features only being signed off within more recent versions of the 3GPP standard.

The most obvious example of this is functionality being finalised around MC services including push-to-talk, data and video. This is something which has inevitably impacted – at least to a degree – on the roll-out of the Emergency Services Network in the UK.

Perhaps most important from the vendor perspective, however, has been a perceived lack of potential volume when it comes to mission-critical broadband, at least compared to the consumer space.

What is the point of investing in the development of certain, very specific, kinds of products, after all, if there is ultimately no money to be made from selling them?

Thankfully for the industry – at least according to Johur – this circle is currently in the process of being broken.

Beginning with the crucial question of volume and market opportunity, he says: “If you look at all the topics which are currently being discussed in reference to the 3GPP standards, things are increasingly being driven by growth around the government and industrial sectors. Applications which sit outside of the consumer realm, in other words.

“Consumer is still central to 3GPP, of course, but now more and more emphasis is being put on addressing the needs of industry, enterprise and government. There’s long-term interest driving growth in that space. Don’t just take my word for it, listen to [major chipset manufacturer] Qualcomm’s annual conferences. It’s a big part of what they’re now talking about. It’s part of the mainstream.

“That in turn is reflected by the attitude of the vendors, and when we talk to our customers – which are typically commercial operators – they’re increasingly referring to these opportunities for growth. That being the case, we need to make sure that the technology has the capabilities which are required by the industries and governments in question.”

This increasing willingness to make LTE/5G part of the core mission critical conversion has been recently demonstrated by the activities of some major players, not least Ericsson positioning itself as one of the leaders in the space.

Other examples include Nokia’s ever-increasing portfolio of 5G networking products, as well as the aforementioned BT, which over the past few years has been involved in a variety of site-specific test beds.

For Johur, while this shift is entirely welcome, more still needs to be done in order to get the market where it ultimately needs to be in terms of serving the user and developing the use-case. This involves, in his words, bringing together stakeholders – vendors, operators, users and so on – to form what he refers to as an “ecosystem”.

He illustrates this via work which has recently taken place, encouraging the chipset manufacturers themselves to become an increasingly integral part of the conversation.

Referring in particular to his work on behalf of TCCA, Johur says: “We recently reviewed the findings from a TCCA-driven broadband market study with Qualcomm. This was in the hope of gaining their chipset support for two segments of the 700MHz band which have been harmonised for use by public protection and disaster relief. The resulting feedback from them has been favourable.

“There were a lot of functionalities specified within the LTE standard, although we didn’t necessarily get everything we wanted from a mission critical perspective. The chipset manufacturers will, of course, support what they want to when the benefit is there.”

One of the key categories of functionality which the mission-critical users want but as yet haven’t received is ‘device-to-device’. Originally formalised in release 12 of the standard as ProSe (Proximity Services), this would essentially enable individual radios to detect each other’s presence and communicate directly.

"There’s so much pressure on 5G standardisation right now, if something makes it, it’s because there’s significant demand"

This is crucial for mission-critical operations on the ground, having been available to users of TETRA for years via its Direct Mode.

Taking device-to-device as a case in point then, how does Johur see the situation progressing as 4G becomes increasingly embedded within mission critical operations? Might 5G device architecture ultimately provide a solution?

“I believe that the market will always come up with the solution to a particular problem. In relation to device-to-device, some vendors are developing products involving remote speaker mics, Bluetooth tethering and so on, so as to provide what might be regarded as a workaround.

“If adopted widely by the market, they could ultimately be seen as interim solutions, or they might stay on the market for a number of years. Ultimately, the users will decide what works best for them.

“In terms of 5G, D2D functionality is being specified within the standard, specifically in relation to using a feature called Sidelink. Again, it comes back to the question of volume. There’s so much pressure on 5G standardisation right now, if something makes it, it’s because there’s significant demand.”

As this article has hopefully illustrated, the development and roll-out of new technology relies on a process of continual evolution, taking place across a variety of different realms. This clearly includes the technology itself, but also in regard to vendor expectation, standardisation, user need and many more.

That being the case, it makes sense to finish the interview with a few words about 6G, the conversation around which is now starting to begin in earnest as it moves through its research phase. What will this new generation of networking technology eventually bring to the critical communications table?

“We’re at a very early point in the discussions, so it would be difficult to say,” says Johur. “There’s already interest from government departments though, looking to influence 3GPP going forward. At the same time, there’s also concern around protecting and maintaining critical national infrastructures. Robustness is a key area of focus.

“Going back to our earlier discussion, the conversation among the industry itself will likely revolve around the different drivers for developing the technology. From a mission-critical perspective, we’re seeing interest from US and European governments looking at how additional capability can be added through 3GPP. They’ll all have a view on what they want.”

This last comment brings us neatly back to the standardisation piece, which Johur believes is vital to help maintain all aspects of the critical communications ecosystem. This is particularly the case in an environment where, going into the future, both the technology and the use-cases are likely to proliferate at lightning speed.

“With 5G, we are still going to see a huge amount of attention being paid to voice-centric user handsets. That’s incredibly important to what mission critical users want, and it’s not likely to change. However, we’re also going to see a significant amount of growth in other areas, in particular the machine-to-machine IoT space. Devices are being conceptualised at the moment which many of us haven’t even dreamed of, running over broadband networks. 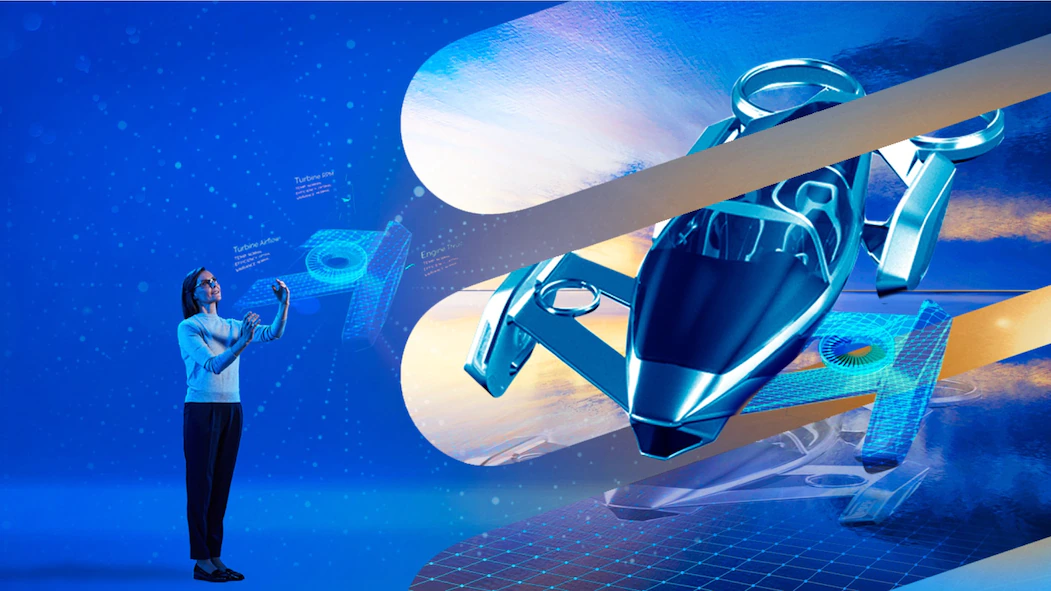