Taiwanese semiconductor company MediaTek has announced the launch of a new flagship processor, the Dimensity 9000, which it claims will be its “most powerful chip ever”.

The new Dimensity 9000 is the first mobile SoC (system on a chip) to be built on a 4 nanometer process, in addition to using Arm’s new v9 chip architecture. The smaller nanometer process compared to current industry standard 5nm means that the chipset can be condensed, allowing for something that offers more power and efficiency in a smaller space.

According to the company, the new processor will also be a step up from its CPU (computer processing unit), the Dimensity 1000, or contemporaries like Qualcomm’s Snapdragon 888 or Samsung’s Exynos 2100. It will be the first CPU to use Arm’s single Cortex-X2 performance core clocked at 3.05GHz, three Cortex-A710 cores at 2.85GHz, and four Cortex-A510 efficiency cores at 1.8GHz.

Mediatek also claims whichever smartphone features the Dimensity 9000 chip will become the first smartphone to support Bluetooth 5.3 and be the world’s first chip to be capable of capturing a 320-megapixel image. It is also expected to work with Wi-Fi 6E.

Finbarr Moynihan, MediaTek’s vice-president said “Machine learning tasks will be much faster on the new chipset, with five times the performance of energy efficiency that are possible with the Dimensity 1200.

Commenting on the first devices expected to feature the new chip, he added that some of its partner mobile phone operators “are aiming for a late Q1, early Q2 2022 launch window”. 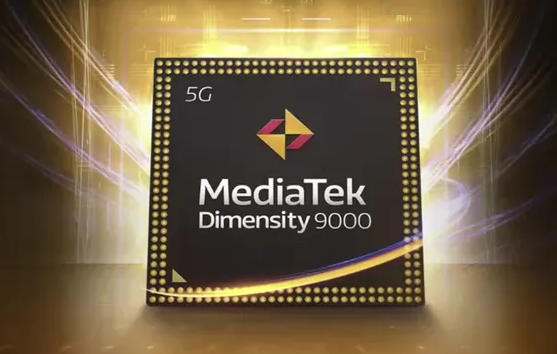