The UK’s largest trial of driverless cars on public roads has begun in Milton Keynes with a pilot period supported by football club MK Dons.

Remote driving car app developer Imperium Drive has teamed up with the football club and Milton Keynes Council to allow people to order a driverless car through its Fetch app.

Imperium Drive said the user will then receive a car remotely controlled by an operator and chief executive Koosha Kevah added that a “safety driver” will also initially be in every vehicle ordered through the app as part of the trial.

Preliminary trials of the Fetch driverless cars began last year on private land and car parks around Stadium MK, the home of MK Dons, with the club now extending the trial to enable staff and players to use the cars to travel between the training ground and the stadium. If the trials go well, Imperium Drive said they will be expanded to include Milton Keynes railway station where they could be used by any commuter according to the company.

Fetch cars are delivered to users by a remote operator before the user takes over to drive it to their destination. The user does not need to find a parking space when they reach their destination and can just get out and allow the app to take control of the car again. Kaveh claimed the cars were “driverless but not autonomous” and “never drive themselves”.

"There's still a human involved, but they'll be sitting in a control centre controlling the vehicle in the same way you would control a drone," he added. “"We're working towards making remote driving safer than normal driving. In normal driving you still have blind spots around you that cause accidents. You also can't anticipate what's coming in terms of traffic, pedestrians, cyclists whereas a Fetch car has computer image algorithms that detect anything that is near the vehicle.”

Head of transport innovation at Milton Keynes Council, Brian Matthews, said driverless cars could be “commonplace in the town” within two years alongside “larger shuttles using similar technology and four-seater pods that are completely autonomous”.

A consultation to update the Highway Code was launched in spring 2021 to "ensure the first wave of this technology is used safely and responsibly" with the UK’s first driverless car trials taking place in Oxford last year. Tests of six autonomous vehicles developed by a government-backed research scheme called "Project Endeavour" saw the cars drive a nine-mile round trip from Oxford Parkway to Oxford's city centre station last year.

Imperium Drive was not the only company to launch driverless trials this week with the Arrival electric bus also having commenced proving ground drives. Following proving ground trials, Arrival will commence public road trials of the bus with First Bus in the first quarter of 2022 and start large-scale production for the bus in the second quarter of the year. 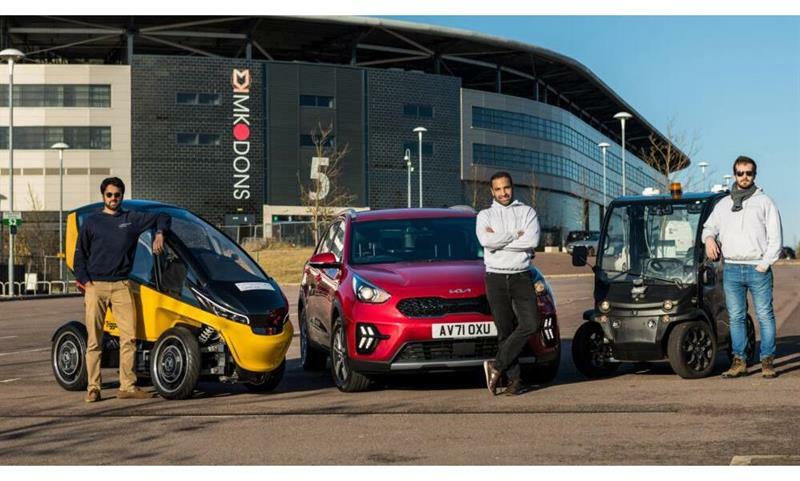