The National Aeronautics & Space Agency (NASA) has announced plans to launch a shuttle to the moon containing an Intuitive Machines lander, hopper robot and a Nokia network.

The Nokia network will support an ice mining experiment on the moon that will see NASA seek and extract resources around the lunar South Pole’s Shackleton crater during 2022.

Nokia president Pekka Lundmark described it as “exciting news” that the Finnish telecoms giant would be involved in the lunar expedition.

NASA data from spacecraft previously orbiting the Moon has indicated this location, referred to as the “Shackleton connecting ridge,” could have ice below the surface. The area receives sufficient sunlight to power a lander for roughly a 10-day mission, while also providing a clear line of sight to Earth for constant communications using a bespoke 4G/LTE network developed by Nokia.

The NASA-funded Polar Resources Ice-Mining Experiment-1 (PRIME-1) will see a drill, known as The Regolith Ice Drill for Exploring New Terrain (TRIDENT), attempt to drill up to three feet deep, extract lunar soil – called regolith – and deposit it on the surface for water analysis. PRIME-1’s other instrument, the Mass Spectrometer, will observe lunar operations (MSolo) and measure volatile gases that readily escape from the material excavated by TRIDENT in the first demonstration of finding and extracting resources from the Moon.

Alongside the main ice mining experiment, the expedition will allow Nokia to test its space-hardened 4G/LTE network. A small rover developed by Lunar Outpost will venture more than a mile away from the Nova-C lander and test Nokia’s wireless network at various distances. The rover will communicate to a base station located on Nova-C, and the lander will communicate data back to Earth.

According to Nokia, this demonstration could pave the way for a commercial 4G/LTE system for mission-critical communications on the lunar surface including high-definition video streaming from astronauts and vehicles to base stations.

Dr. Jackie Quinn, PRIME-1 project manager at NASA’s Kennedy Space Center in Florida, said: “PRIME-1 is permanently attached to Intuitive Machines’ Nova-C lander, and finding a landing location where we might discover ice within three feet of the surface was challenging.

“While there is plenty of sunlight to power the payloads, the surface gets too warm to sustain ice within reach of the PRIME-1 drill. We needed to find a ‘goldilocks’ site that gets just enough sunlight to meet mission requirements while also being a safe place to land with good Earth communications.” 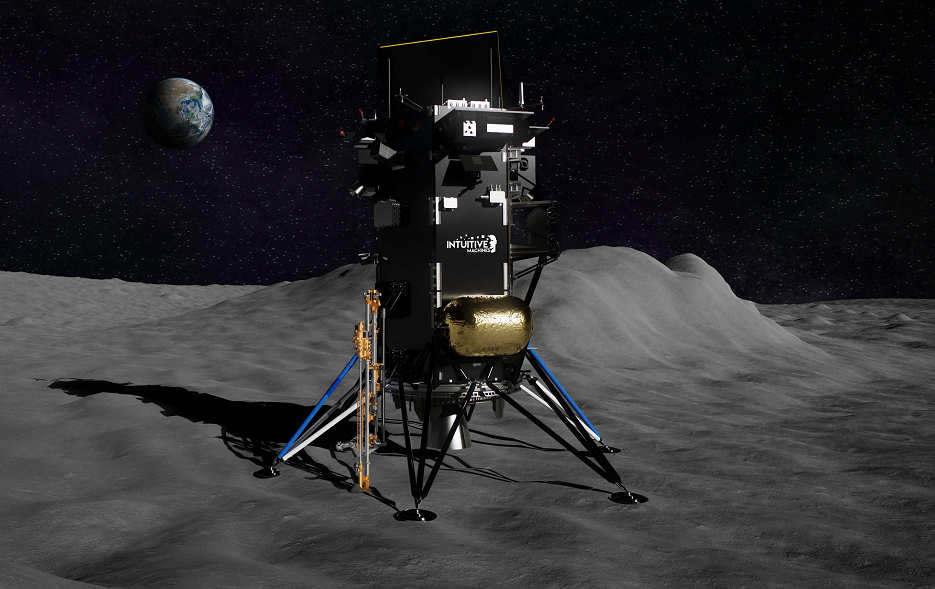