CCT editor Philip Mason talks to Motorola Solutions’ new vice-president for Latin America Alex Castañeda about the challenges presented by the region, and business development during COVID-19.
Critical Communications Today
Follow
Like Be the first to like this
0

Could you tell me a little about your background and your role as vice-president?

I started with Motorola out of college, and spent a good chunk of the first part of my career in North America, working mostly with data. That included private data networks, command and control solutions, in-car video, as well as two-way radio communications.

Following that initial nine-year period, I moved into a global role where I was designing and implementing channel programmes, as well as the operational systems sitting behind them. I then moved to Latin America to run the channel business, which included two-way radio, wireless broadband and mobile devices for enterprise businesses.

I left the company for almost four years to work with Zebra Technologies, running Latin America for them, as well as their North American channel and SMB businesses. I came back to Motorola about a year ago.

How has the Latin American market changed since you left and came back?

Latin America is still a very exciting place in which to operate. It seems like every three years or so there is significant political or economic change that impacts countries across the region.

The current issue, of course, is COVID-19, which is not just affecting the region but the entire world. That’s clearly going to have a considerable impact going forward, not just in terms of health but also from an economic standpoint.

The impact of the pandemic is pretty deep, and it’s going to take a while to get back to normal. Many countries around the world are expected to rebound quickly once the COVID-19 crisis is over, but in my opinion the rebound in Latin America will be a bit slower and might take more time.

What are the immediate knock-on effects from a business point of view?

As governments around the world are focusing on facing the COVID-19 emergency, spending and investment priorities shift towards dealing with the pandemic.

At the same time, there are region-specific factors such as the price of commodities and oil. Brazil, Mexico and Colombia are all big oil-producing countries, and if the oil price is down, that impacts their economy and spending behaviour.

In the short term, this could lead to less investment from organisations and people into the region. That causes capital to be taken out, which in turn affects the value of local currencies.

How is Motorola Solutions addressing that as a company? What’s your strategy going forward?

We are seeing opportunities in the region, and we’re continuing to do business. For instance, recently, Petrobras – which is one of the big oil producers in Brazil – chose to invest in our MOTOTRBO technology. We are currently rolling out the solution to 30 of their oil platforms.

In terms of business development going forward, we are looking at how to deploy our resources more effectively across the region. To be successful in Latin America, you’ve got to be committed, close to your customer and understand the specific requirements for the specific country and market.

Returning to the subject of government investment, we do still see technology investment, simply because there’s such a need for mission-critical communications across Latin America. The one sector where we’re seeing less spending in technology is in tourism and hospitality which, as you can imagine, has been struggling during the pandemic.

As I said earlier, Latin America remains an exciting and special place to be.

You mentioned significant changes earlier on. Taking COVID-19 out of the equation, what form do they usually take?

Governmental change is a big one, and every time that happens, you tend to see capital leaving the country. Right now – again, because of the pandemic – it’s something that we’re monitoring very closely.

At the moment we’re seeing some political and civil unrest in the region. For example, there were protests in Chile last year and early this year. There is some level of political unrest in Brazil now as well.

Therefore, organisations are still investing in technology to be used within the safety and security context. We want to help our customers keep populations safe, and keep assets safe as well.

If you look at figures released by the Inter-American Development Bank, it suggests a spend on security of around $260bn, which is roughly 3.5 per cent of the region’s GDP.

What specific problems can be identified when it comes to public safety communications in the region?

When I look at public safety in general in Latin America, there are some key areas where organisations are looking to develop their capabilities to effectively operate across the different emergency services.

First, many of them don’t operate on just one network or
one standard of two-way radio technology. For instance, some may still have legacy networks, or disparate ones, with agencies using different technologies and not being able to communicate with each other. It’s a mixed bag, with coverage often being an issue as well.

Another challenge – and this isn’t just in Latin America – is that a lot of work is still being carried out manually, with information maintained, for example, on paper rather than digitally.

This makes it more difficult than it could be to reduce crime because there is no way to address the data coming in from different sources. When you factor in continuing issues around funds and resources, the ability to access data from multiple sources digitally and in real time becomes incredibly important.

Going back to the subject of the networks across the different countries, again, it’s a mixed bag. Unlike in Europe, for example, there is not one preferred radio standard facilitating cross-border communications between countries. Chile uses P25, for instance, whereas Peru is TETRA. I believe Mexico is the only country in the region to use Tetrapol.

What is Motorola Solutions doing to help address those problems, for instance around dispatch, the analysis of data and so on?

We’ve been doing a lot of work, for example in Colombia, where the government has really started to evolve their emergency services communications.

We started as a technology partner with a P25 radio system for the national police, after which we worked specifically with the city of Bogotá, looking at how their dispatch centre might look in the coming years. They subsequently made an investment in a state-of-the-art CAD system.

In Latin America, we’re working with our CommandCentral solution, the three big components of which are call-taking, the CAD solution, and also records management. We are also deploying ancillary technologies, such as body-worn video.

Going back to the subject of public safety networks within the region, what conversations are currently taking place in relation to broadband?

Again, the situation is different depending on what part of Latin America is being discussed. We’re certainly working with customers who are testing broadband technology in an operational context.

Countries generally haven’t invested in LTE for public safety [on a national level]. There are some big carrier companies, but as yet no dedicated spectrum. Clearly, elements such as pre-emption, prioritisation, quality of service and so on are also absolutely vital in the consideration of LTE for public safety.

A lot of work is going on at device and application level, but not necessarily when it comes to LTE networks on a national level.

As you’ve identified, the COVID-19 pandemic is likely to have a profound impact, not just in Latin America but across the world. Finally, could you tell me about some of the technologies being developed by Motorola Solutions which might help mitigate the impact of the virus?

We’re developing a variety of solutions across different areas of the business. For instance, the area of video security solutions has brought through a technology which allows us to monitor social distancing using security cameras.

We can deploy a camera in a particular space, for example an office, where the onboard analytics solution can identify people who are too close to each other. A related functionality is the ability to be able to tell whether someone is wearing a face mask. Again, that’s enabled by video analytics.

We’re always here to help our customers to be prepared for the next emergency. 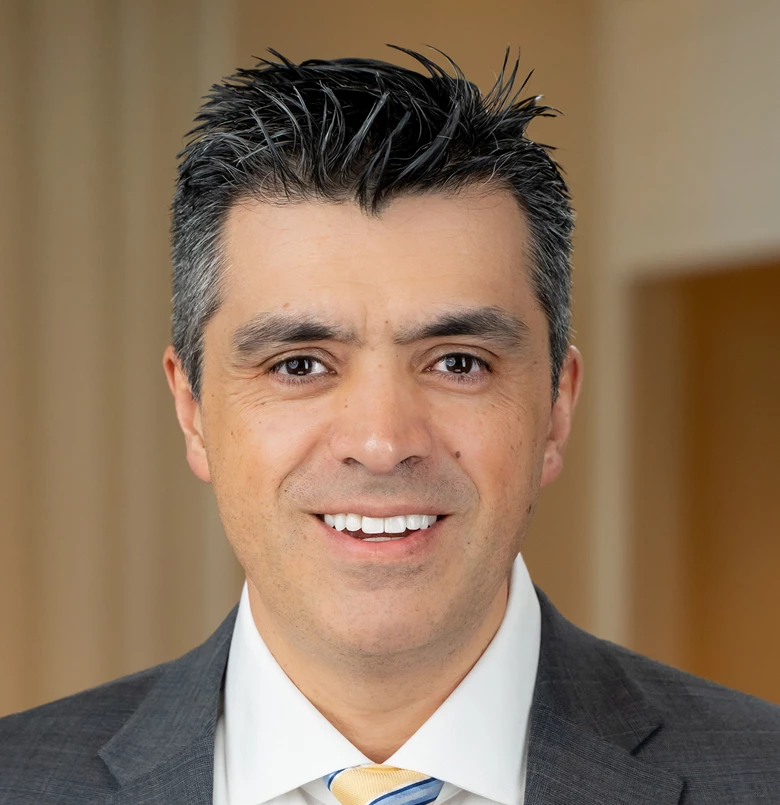