Operator Stagecoach has announced it will commence road testing of the first full-sized driverless buses to run in the UK in Scotland this week.

The two-week trial using buses designed by Fusion Processing, manufacturer Alexander Dennis and Transport Scotland along a 14-mile route between Edinburgh and Fife will get underway this week ahead of planned journeys with passengers on board later this summer.

As part of the UK government-backed trial, a driver will still be on the bus as a back-up for passenger safety. The buses are fitted with sensor and control technology which allows them to run on pre-selected roads without the safety driver having to intervene or take control.

The buses will have six levels of driving automation, with zero to two meaning a driver must constantly supervise and is always driving, while levels three to five allow the vehicle to drive itself.

Sam Greer, regional director of Stagecoach in Scotland, said it was a "hugely exciting project" and a major step towards launching the UK's first full-sized autonomous bus service.

The CAVForth project will see five single-deck buses operating between Ferrytoll Park and Ride in Fife and the Edinburgh Park Train and Tram interchange. If the project achieves full capacity, the autonomous buses are planned to provide a service carrying up to 36 passengers across the Forth Bridge, with capacity for over 10,000 passengers a week.

Jim Hutchinson, chief executive of Fusion Processing which has developed the sensor technology, called it "the world's most complex and ambitious autonomous vehicle programme".

"On-road testing is an exciting milestone in the development of autonomous commercial vehicles and we look forward to welcoming passengers onboard in a few months' time," he added.

The project follows previous trials of smaller, shuttle buses in London, Cambridge and Birmingham, while another driverless bus pilot is also due to start in Inverness later this year.

The Inverness pilot will this summer cover a 2km route linking the Beechwood campus of the city's university with the Inverness Retail and Business Park. 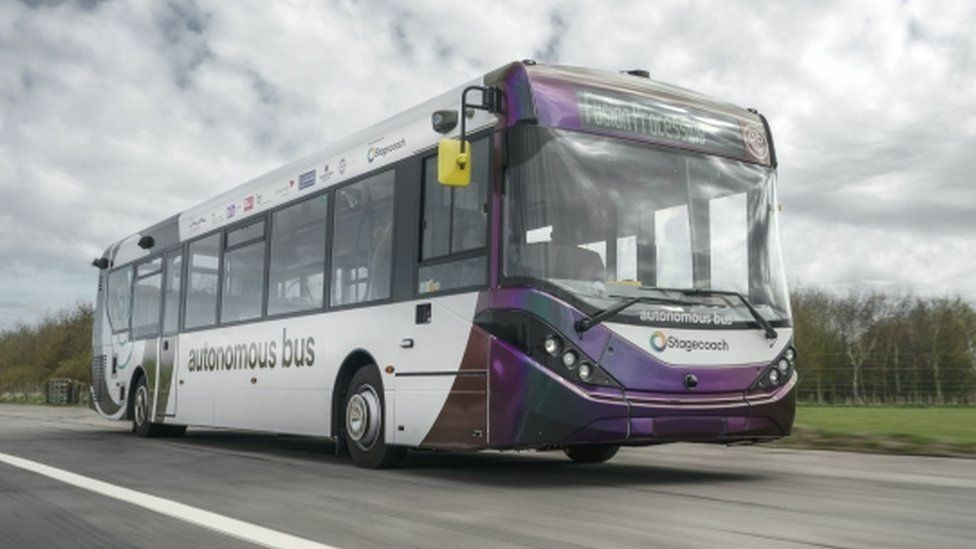